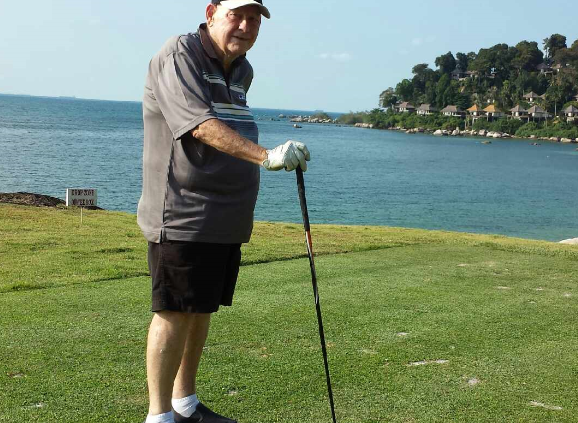 Terry Bowness, business owner of Amalgamated Drafting and Steel Detailer, known by many in QLD passed away on the 2nd of September at home surrounded by close family members. The ACMA would like to extend our condolences to Pat Bowness, their children and grandchildren.

I have had discussions with Pat Bowness over the weeks after she told me of Terry’s passing and thought that it would be fitting to go meet with her and Luke (their son) to have a chat about Terry’s life, so that those of us who came to know him over the years have more of an insight into the man.

I have personally been a member of the Steel Detailing group since the days of the QISD (Queensland Institute of Steel Detailers), which later changed into the AISD (Australian Institute of Steel Detailers) and now the ACMA (Australian Construction Modellers Association). At every General meeting, every AGM, Terry was there, he was well liked, he shared our frustrations and most importantly believed in our collective vision of promoting the awareness of what we do as a profession.

Steel Detailing really is a black art. For most of us, we serve a 4-year cadetship and the rest we learn on the job and for me personally I have always learnt the most from guys with a wealth of experience like Terry. Its not the sort of profession that’s easily explained – most people just don’t understand what we do, and many consultants also struggle with the concept. We work to millimetres of accuracy; we are pedantic about the slightest of detail at work and for many of us, this flows in our daily lives. It’s a high-risk job, there are many traps to be avoided, which only years of working experience can help one traverse through, and as a result it comes with a lot of stress.

I first met Terry and Luke at Endraft, a Detailing office located in Constance Street Fortitude Valley, after I left G and D Drafting. I found Terry to be honest, to the point and didn’t abide fools. He would always tell you what he thought about a situation within the Industry, good or bad and didn’t skirt around issues with weasel words. It’s a character that’s being lost and, in my opinion, one can learn a lot from a straight shooter who doesn’t waste your time with ambiguous waffle.

Terry was born in Emerald on a Monday 18th June 1945 and was the son of Samuel John Bowness, a train driver, and Veronica May nee Rowe a loving Mum.  He was the youngest of 5 children – Frank (deceased), Shirley (deceased), Valmai and Gloria preceded him.

They grew up in Emerald and by all accounts had a wonderful time.

When they came back to Brisbane they lived in Fairfield and he attended Yeronga State School.  Polio was rife in the 50’s and Terry was an unlucky recipient of it.  He spent many months in hospital and eventually made a full recovery.

He continued his education as a pioneer student of Yeronga High and finished Junior (Yr 10, which was considered a good education in those days) in 1961 and found it hard to get a job. He contacted the local Member of Parliament who contacted the shipyard at South Brisbane and he was given an apprenticeship as a shipwright.  One of his jobs was to prepare the tea for smoko.  This involved a billy, tea (not teabags), boiling water and swinging the billy in a circle to strengthen the colour of the tea.  A dying art I would say.

Terry joined the CMF (reserves as they are now known) 2nd/14th armoured corp and loved every minute – acquiring his licences in all the armoured vehicles they had at that time.  He was a top shot too.

In 1966 Terry married the love of his life Patricia Ann Maguire and they were privileged to have 6 children Michael, Rhee, Leisa, Anthony, Emma and Luke who in turn gave them 11 grandchildren with another to arrive in November, a little girl.  The kids and his grandkids have been his pride and joy and he was always interested in anything they were up to in life.

When they first married Terry worked 3 jobs, his drafting job of a day, drink-water at the Aussie Nash of an evening and mowing lawns or painting roofs of a weekend.  Pat stayed home with the kids and they lived with their grandmother, in order to save up for a home for the family.  In 1970 with 3 kids they packed up and moved to Perth looking for a bit of luck with the WA boom years.  In 1972 they moved back to Brisbane and bought the family home in Woodville Place, Annerley where they still live today.

When a position became available at the Rocklea drawing office in 1962, he was transferred there.  He met Gregory William Josey and they became firm friends, Terry being his best man and Greg and wife Rita becoming god parents Terry and Pat’s second child.  Terry worked there until 1970 and then travelled to Perth where the family stayed for 2 years.

Upon return to Brisbane he worked for BDS for many years, and several other companies and when Endraft folded he and a few others set up their own company – Amalgamated Drafting.

There was a “poker group” and they played every couple of months Myles Murray, Ross Currin, Greg Josey, Jimmy and Ben Geisse – the backbone of the old-style draftsmen.  They played for years until Ben passed unexpectantly at an early age (RIP Ben) and then Greg passed (RIP Gregie) Losing these two took its toll on the group and they stopped playing.

Terry was always involved with the community – wherever the kids went, he was there.  President of Yeronga Park Kindy, St Sebastians Primary School, St James College and Mt Gravatt Soccer Club.  He worked with Fr Conroy and Joe Layden to put in place many ideas Fr Conroy had to improve the school and church.

He loved his golf and did not get to play much here because of work and family commitments but when he and Pat went away, they liked to stay on Bintan at a golf resort where Terry would play golf every day.  Everyone on the resort loved him and kept in touch with him all year until they went again.  He liked to go to Bangkok and visit his nephew who is also his godson and hear all about his golf interests.

Horses were another passion and many years ago he bought a very small share in one.

Terry was interested in all the extended family and tried never to miss any family event even though most live on the Gold Coast.  He has been very close to all his nieces and nephews over the years as they in turn have been to him calling him The God Father.

18 years ago, he had his first big operation and since has had 14 operations in all.  Pat says whoever would have thought after all he had been through that he would suffer cancer. 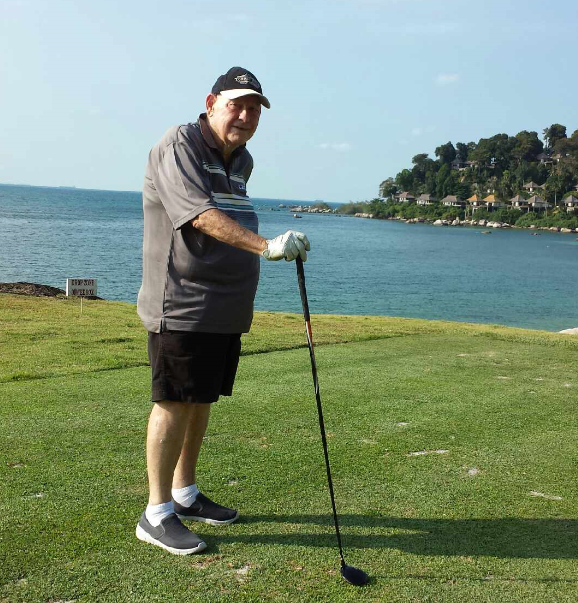 Terry was committed to family and the Steel Detailing industry he worked in. He is one of many Steel Detailers responsible for structures being built around the country which otherwise could not be achieved without the skill and knowledge which is part of the Steel Detailer’s tool kit. 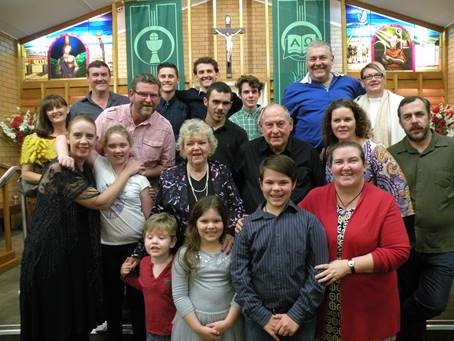 For those of us who worked with Terry and knew him through ACMA meetings, we are saddened by his loss and he won’t be forgotten. His presence and commitment to our industry will be missed.